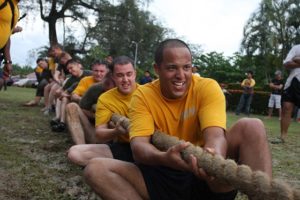 “Regulatory coherence” is a popular buzzword in chemical regulation discussions.

On the one hand, regulatory coherence — generally defined as chemical regulations that are the same or similar from one country to another — is obviously a good thing. Chemical companies and their downstream partners will find it easier, more cost-effective, and more practical to meet one set of regulations than to meet separate regulations for each of the markets they serve.

The European Commission said, “Regulatory barriers have long been recognized as the most significant impediment to trade and investment between the EU and the USA.” Regulatory coherence as a goal makes sense for all parties.

At the same time, the term is not being used the same way in every setting. And it may not be as simple as it sounds. The U.S. Chamber of Commerce specifically says that regulatory coherence ”is about good regulatory practices, transparency, and stakeholder engagement in a domestic regulatory process.” For the harmonization of different national regulatory regimes, the Chamber prefers the term “regulatory cooperation.”

REACH and REACH-like regulations have some things in common:

REACH has widespread support, and countries from England to Japan are participating. REACH looks like an excellent example of regulatory coherence. But the Americas are not so far participating.

In the U.S., chemical regulations have traditionally included an awareness of the economic consequences of regulations, while EU REACH regulations are based on the Precautionary Principle. As other nations take sides, the difference between these two basic philosophies shows clear conflicts. It may be difficult to achieve regulatory coherence if this division continues.

Cost-benefit analysis can be difficult, because so many variables are hard to quantify. If restriction of the use of a chemical results in fewer deaths, how can the value of the potential longer lives be calculated? How can health benefits be balanced against large expenses? The potential benefits of a given substance must be compared with the potential dangers, often with very little real data. This approach may also mean that expensive regulations are filtered out of discussions before enough information on the risks has been gathered.

On the other hand, the Precautionary Principle can lead to regulation with limited proof of danger. Two centuries ago, it was widely believed that tomatoes were poisonous. Regulations based on the Precautionary Principle could end up like that false belief… but it will be impossible to know ahead of time.  Sir John Beddington, former chief scientific advisor to the British government, spoke strongly about the importance of distinguishing between hazard (things that could cause harm) and risk (the probability that things will cause harm).

It has been suggested that Mexico might model their chemical regulations on those of the U.S. “A modernized NAFTA has the opportunity to set a global precedent as a model for a risk- and science-based approach to chemical regulation,” the American Chemistry Council announced in a news release. “At a time when the use of hazard-based approaches is rising elsewhere, the North American region has an opportunity to play a leadership role in demonstrating the value and practicality of chemical regulatory approaches that ensure the protection of human health and the environment without imposing unnecessary costs or erecting unnecessary barriers to trade.”

Even if there is a danger of the resurgence of the New World / Old World divide, manufacturers and importers may still end up coping with a smaller set of regulations.

However, it must be admitted that it is currently hard to predict which approach to regulation will be most common. The best solution is to choose tools that will work with more than one set of regulations. EUPHOR, while it works perfectly to manage REACH 2018 compliance, can also manage any other type of chemical regulation, from internal quality standards to state or national regulations.

Schedule a demo and let us show you how EUPHOR can reduce costs for chemical regulatory compliance.